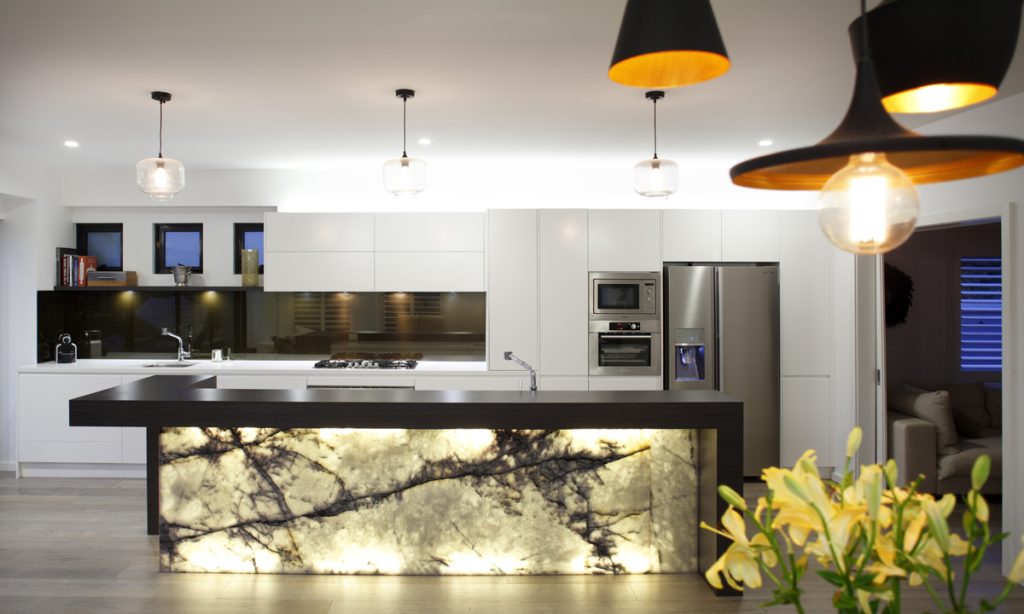 Impala’s client was renovating a house in Sydney’s North Shore. The client looked to Impala’s Designer, Laurent to design the kitchen.

The kitchen was to be contemporary and have that “wow” factor. Central to the design was the island unit. It was to serve as a working space and double as a servery. The size, design and layout of the island was critical in getting the kitchen flow just right. Once this was nailed, the next step was considering the colours and finishes to be incorporated. A neutral back drop of satin white cabinets housing the majority of the kitchen’s appliances was used. The island was to be the standout, using back-lit New York marble and dark timber veneer for the raised servery. Seating is to the left of the island unit, so that the featured stone is not obscured by stools. Finishing touches such as the pendant lights and dark moody splashback add a contemporary, sophisticated style. 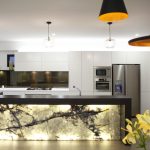 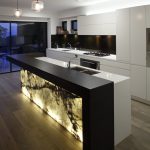 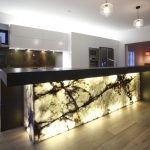 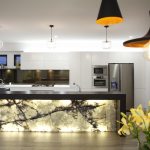 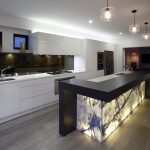 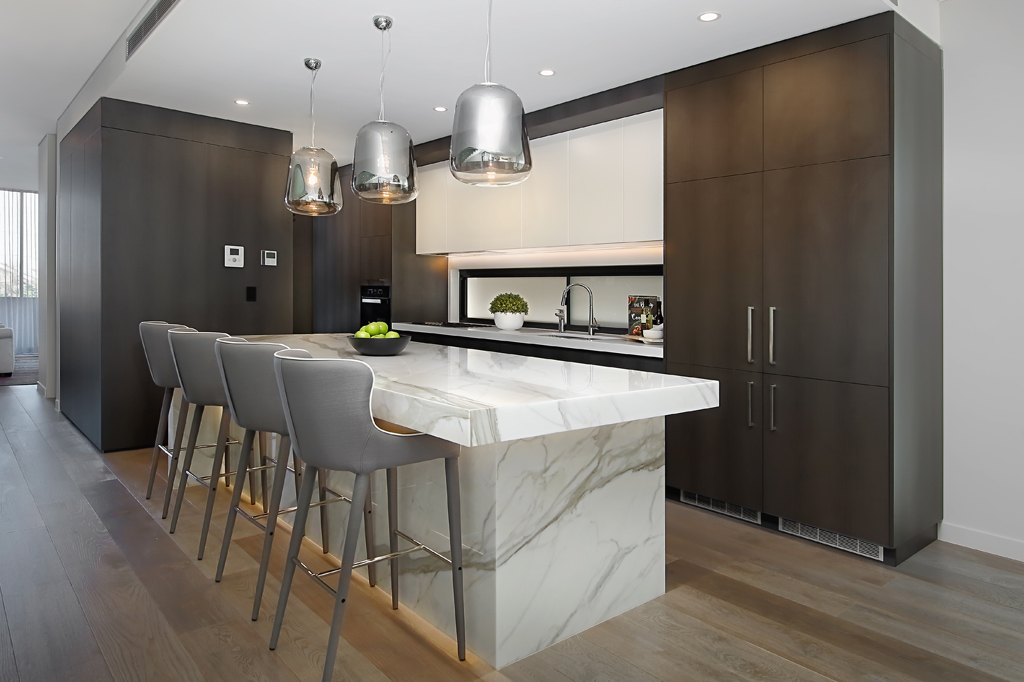 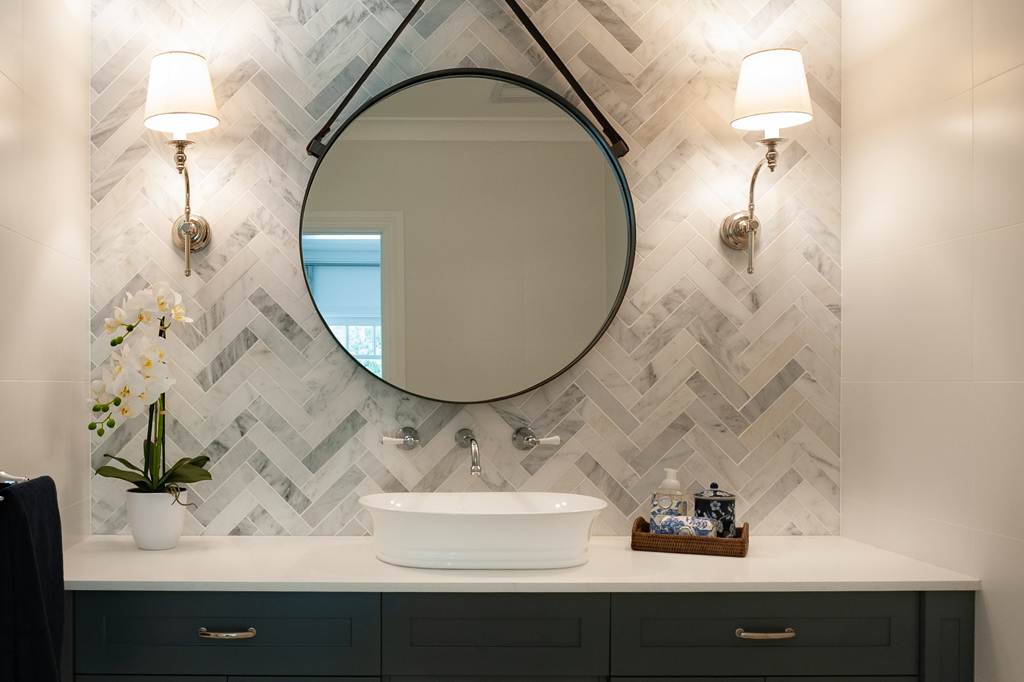 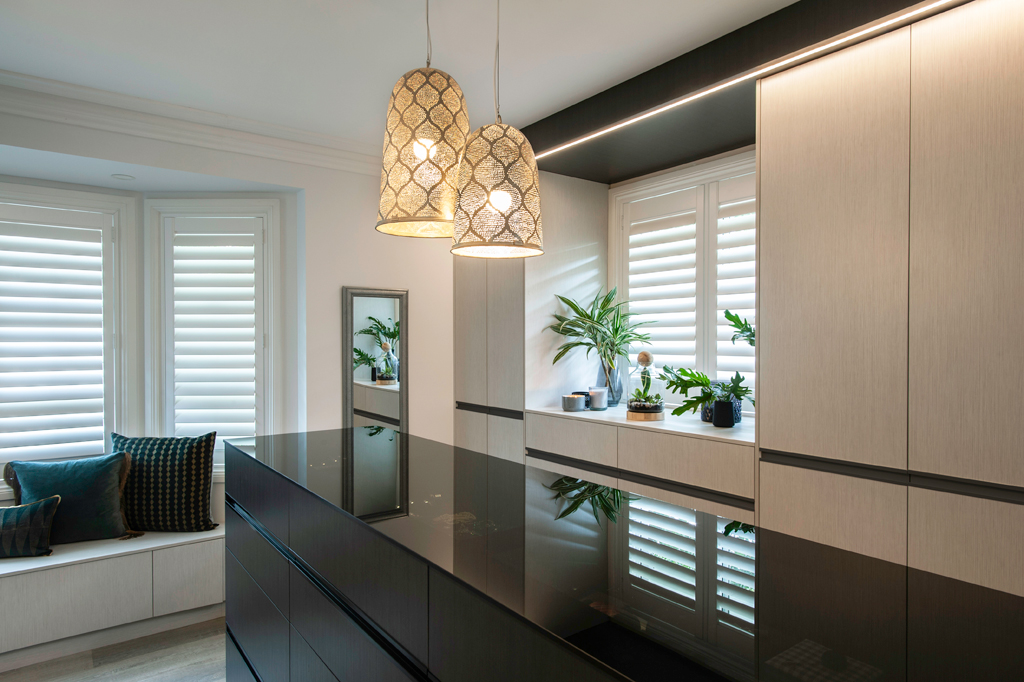