Andrew made his way to the stage early in the evening, collecting thehotly contested and competitive award for best NSW large bathroom design. The judges were most impressed with his ‘out of the square’ response to a challenging design brief. Very clever space planning allowed Andrew to tick all the boxes on a long list of wants and needs, and an attractive selection of fixtures and finishes resulted in a beautiful and innovative bathroom that later went on to win him the coveted title of KBDi Bathroom Designer of the Year NSW 2017. 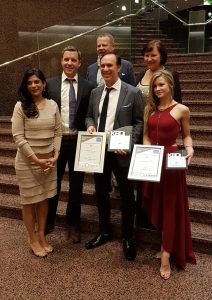 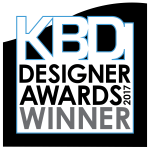 About the KBDi Designer Awards

Now in its ninth year, the KBDi Designer Awards program is a well established and highly regarded event on the Australian design calendar.  The program recognises the professionalism and talent of Australian kitchen and bathroom designers.

Impala is very proud to have Andrew on their team and congratulates him on this prestigious achievement.